If you are using a screen reader and are having problems using this website, please call (323) 513-6222 for assistance.

Forest Hills Stadium is a historic outdoor music venue that has welcomed fans to the picturesque New York City neighborhood of Forest Hills, Queens for nearly 100 years. Designed to optimize acoustics and with no obstructed views, the 13,000 capacity stadium is the only outdoor venue of its kind and size in the city.

Originally designed in the 1920’s as the home of the U.S. Open tennis tournament, Forest Hills Stadium began booking concerts in the 1960’s and went on to host some of the most culturally significant performances of the time – Frank Sinatra, Barbra Streisand, The Rolling Stones, and Bob Dylan. The stadium was updated in 2013 with a number of state-of-the-art upgrades and has since welcomed a new golden age of diverse superstars - sell-out performances by Drake, Dolly Parton, Mumford and Sons, The Alabama Shakes, Ed Sheeran and many more. 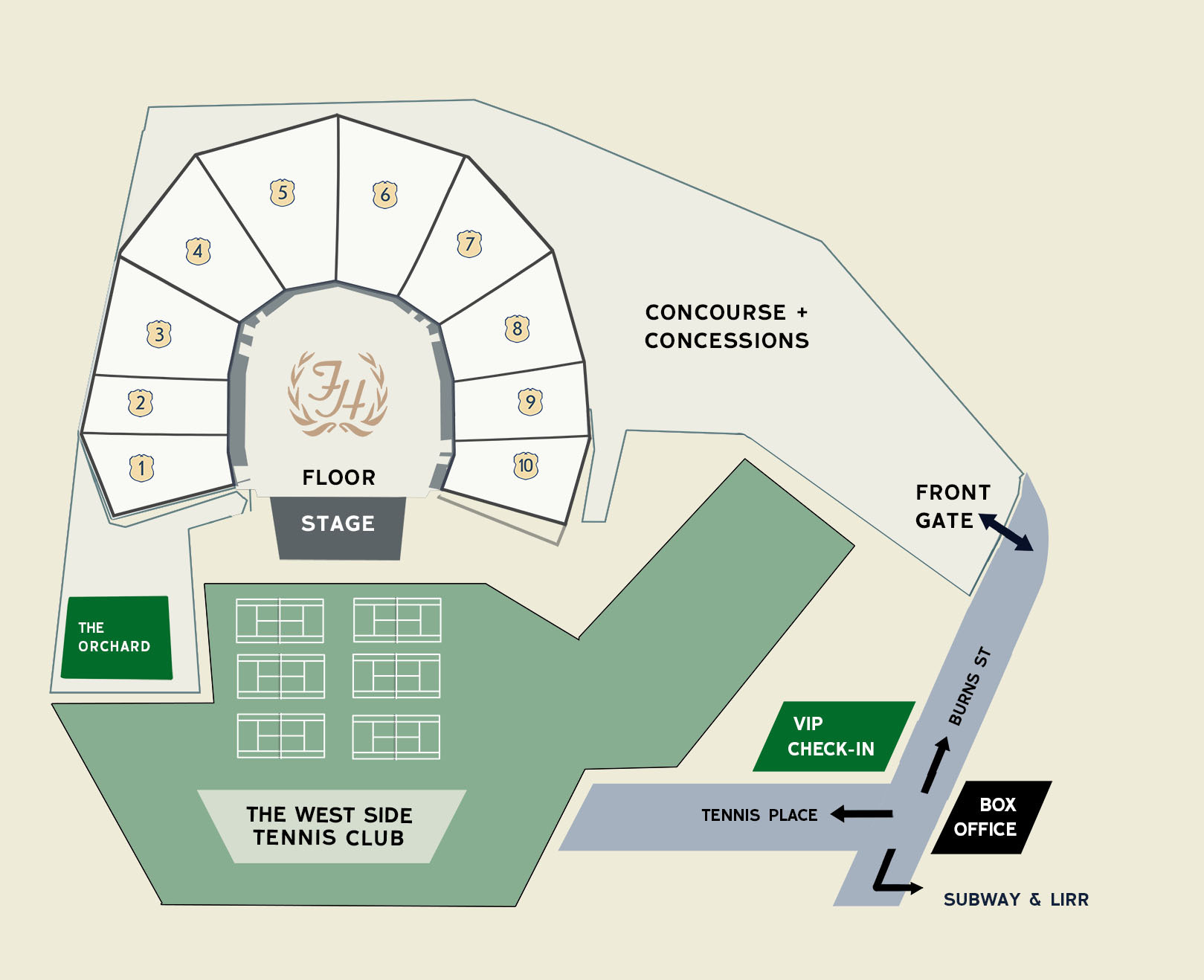 Forest Hills Stadium is proud to partner with the following brands:

For information regarding marketing and sponsorship opportunities, please contact: sponsors@foresthillsstadium.com

Forest Hills Stadium is proud to partner with local businesses and help support our community.

For more information and to become a Friend of Forest Hills Stadium, please contact info@foresthillsstadium.com.